Nationalist-populistic discourse is gaining momentum in almost every member state of the European Union, not least in the Central European region. Pro-European approaches to cope with the manifold challenges the EU and its members are currently facing, seem to be passive and marginalized, trust in the capacity and ability of common European cross-border solutions is low.

Trends to recur to a national political agenda instead of seeking and promoting a common European alternative have the potential to jeopardise the cornerstones of European citizenship and democracy and diminish the Union’s global weight and credibility. Nevertheless, anti-European rhetoric is still en vogue, EU sceptical political parties are on the rise shaping and changing the national political debate in the EU capitals – as self-confident oppositional forces but also as part of the government.

The Austrian Society for European Politics, the Center for European Neighborhood Studies at the Central European University Budapest, the EUROPEUM Prague, the Faculty of Social Sciences at the University of Ljubljana and the GLOBSEC Policy Institute Bratislava, – therefore jointly launched a project co-funded by the Europe for Citizens Programme of the European Union with the goal to examine why political and societal actors resort to an “anti-European” rhetoric.  We wanted to study if or to what extent and why people believe in this rhetoric and regard it as justified. Finally, our project also had a look at whether and if so, to what extent, “EU bashing” and isolationist policymaking not only fails to deliver on its own promises, but in the medium and long run may even damage national interests.

Our research is based on five representative surveys that were conducted in all partner countries in a comparable set up and which provide a broad insight into the public opinion in Central Europe on EU membership, its advantages and downsides as well as the assessment of national EU politics, the question of a gap between elites and “ordinary” citizens and many other related topics. The results of our surveys were subject of lively discussions at public events organised in all capitals of the project partners.

The final report of our project “Anti EU-rhetoric versus own national interests? National populism and its reception in Central Europe“ highlights the main results of our surveys, depicts some of the citizens’ views and finally draws conclusions and policy recommendations on how to tackle the challenges ahead in order to contribute to a constructive European debate based on common values and mutual understanding instead of a pure national view that in the end leads to divisiveness and the loss of long-term achievements of the European integration process. 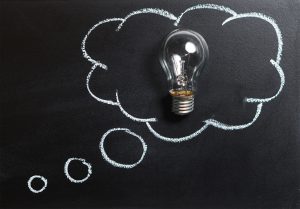 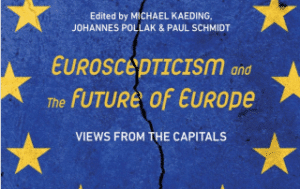